The greatest lesson we can teach our children is for them to be themselves. Every child is unique, but almost every child strives to fit in to be like everyone else. If we teach our children early on that being themselves is the best way to be, even if that means being a little different at times, they will grow up with the confidence they need to shine.
I found a great book called "I Love Monkey" by Suzanne Kaufman from Compendium Inc. (An awesome company whose motto is "Live Inspired"!) Monkey starts off by wanting to be a bunny, but finds it to be too floppy. Then he wants to be a squirrel, but it was too nutty. He also tried to be sushi, but it was too tasty. We incorporated a yoga pose for each page, including Bunny Hops, Elephant Walk, Owl Twist, and Sushi Roll (which requires the child to lie on their mat and roll themselves up in it. I may be sorry I taught them that. ;-). Monkey learns in the end that it's best to just be himself because there is nobody in the world that does a better job at that then him! 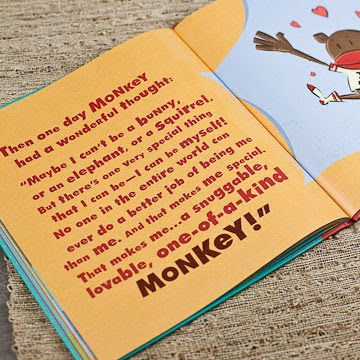 After the story, we worked on drawing ourselves as we were in that moment...another thing we strive for in yoga - living in the moment. We talked about how it is important to be who we are as we are no matter what. We're the best ones at being ourselves - just like monkey! And one student drew herself as a monkey. :) 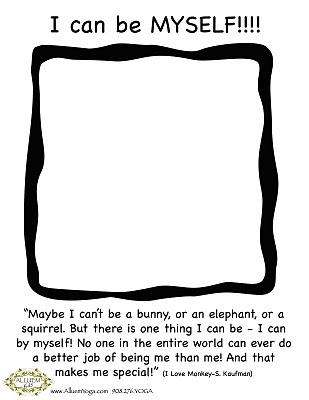 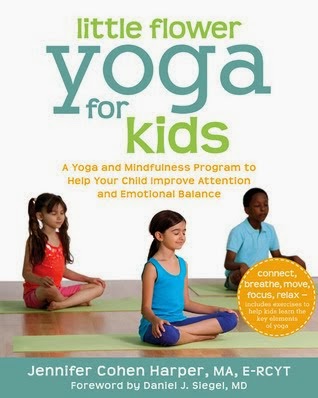